Tim Jackson
Blog
Tim Jackson / Research / Intellectual Property / Should there be a collecting society for photography?
May 01

Should there be a collecting society for photography?

There are collecting societies all over the world and they often specialise in a particular type of intellectual property. For example, the PRS is the collecting society for music and performing rights. The PRS grants licences and collects royalties from venues that wish to play music in a public place. An example might be a fitness club wishing to play music in a aerobics class.

Collecting societies for music, literature and art work are common but this is not the case for photography. One might perhaps assume that photography is included within art work, however, collecting societies such as the Design and Artists Copyright Society Ltd (DACS 2013) focus very much on art work in traditional sense (e.g. paintings). The Artists’ Collecting Society (ACS, 2014) does make reference to photographers but seems to attract largely artists who produce paintings and only has 800 members, which is a low volume compared to the 80,000 members that DACS has. The question that remains is why a collecting society doesn’t exist solely for photographers and whether one is required.

The large stock image libraries like Corbis and Getty might be considered to act like a collecting society as they allow photographers to upload their work and licence it through the stock image library. However, the recent events with Getty (cited BBC News, 2014) deciding to allow images to be licensed for free in return for a credit and a link back to the image on Getty is a reminder that they are a commercial organisation interested in profit as opposed to being primarily concerned with the rights of the contributing photographers. On the other hand however, Getty’s (2014) policy on copyright infringement is to actively seek out infringements and “turn infringer into customers” by selling them a licence, which ultimately benefits the photographer. The relationship between photographers and picture libraries is mutually beneficial in this regard and may well negate the need for a traditional collecting society.

The Copyright Hub (2013), one of the UK’s official source of Copyright guidance, suggests that image owners wishing to join a collective licensing organisation should either join DACS (2013) or submit their work to a picture library, such as Getty (cited BBC News, 2014). The sheer number of contributing photographers to Getty (cited BBC News, 2014) might suggest that photographers see more value in using a picture library to licence their images directly rather than using a collecting society; unlike collecting societies, this route doesn’t require photographers to pay a fee up front.

At present there doesn’t appear to be a requirement for a photography specific collecting society. As UK Copyright law continues to develop and debates continue over how orphaned works can be used, we may see a greater demand emerge for a facility to register ownership of intellectual property. A more generalised demand for the ability to register ownership may result in the consolidation of collecting socities or the development of the Copyright Hub into a Digital Copyright Exchange (cited Hargreaves, 2011) as originally planned. There is consequently little evidence to suggest that a collecting society specifically for photography exists or is required either now or in the future.

Hargreaves, I. (2011). Digital Opportunity: A Review of Intellectual Property and Growth. [online] Available from: http://www.ipo.gov.uk/ipreview-finalreport.pdf [accessed 23/07/2013] 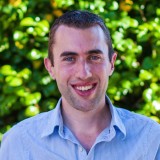